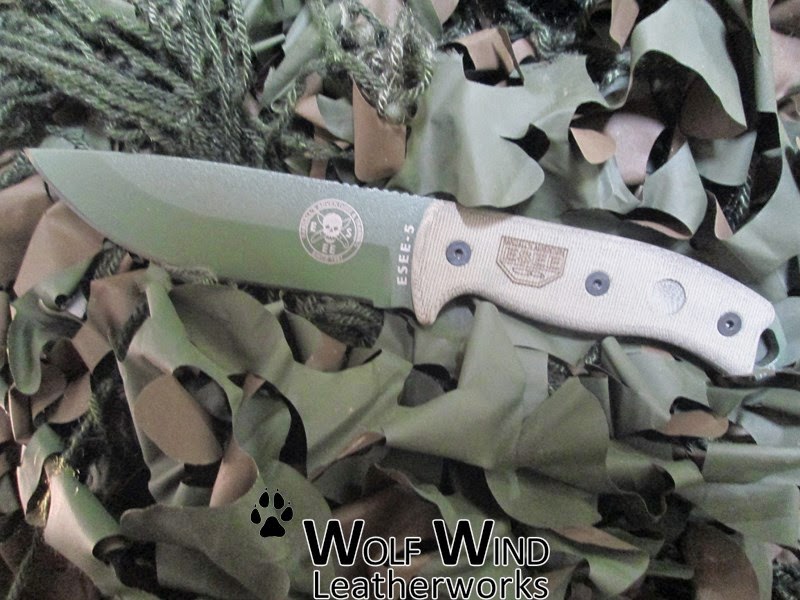 The new Wolf VI sheaths were based on the SERE concept, which created the idea of transforming a sheath into a specific tool for the task. For so, Wolf Wind chose to fulfill the concept, a firesteel holder for the ESEE Standard Fire Kit  (a Fire Starter with a mini survival kit container that includes a button compass and a watertight capsule with storage space).
Also, the pouches for Altoids  tins (two sizes:small or large by order), were chosen to store some more basic but essential survival items, such as water purification tablets, tinder, some first aid items or any other personal survival gear which may be very helpful out there...
For so and as base, the Wolf Modular leather sheath allows the following configurations: 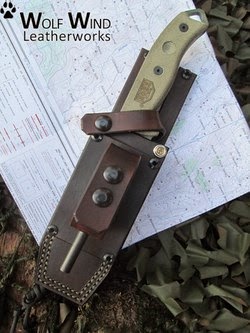 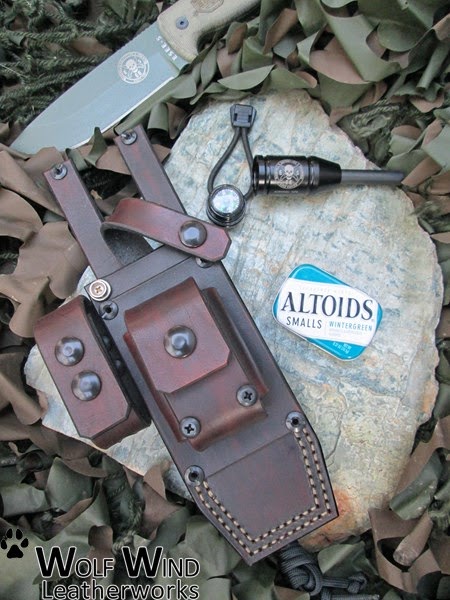 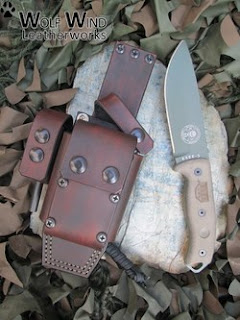 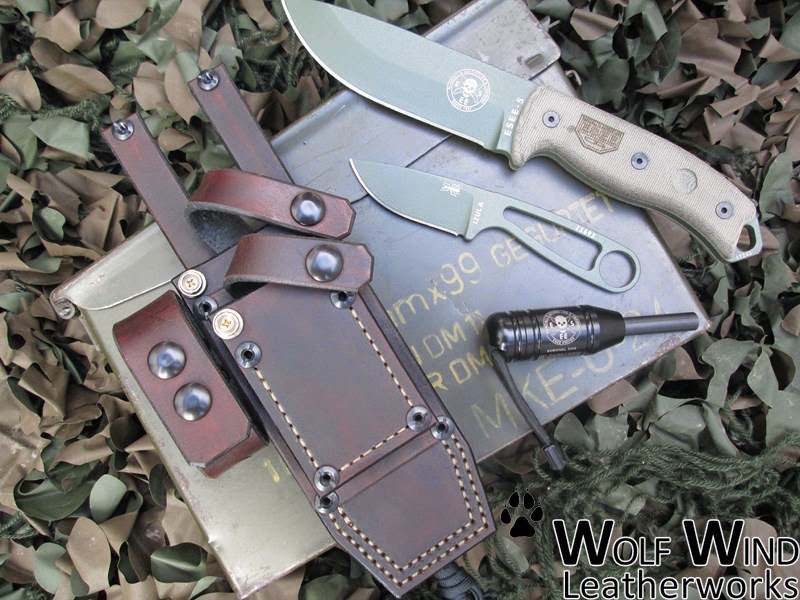 Note: As Wolf SERE is a modular sheath that works like a set, the Wolf Wind customers may order just one configuration or more than one (by order) to improve/change the Wolf sheath depending on their needs or tasks...


These different sheaths configurations made to order are available on:

Posted by Wolf Wind Leatherworks at 15:01 No comments: